Chiropractic cures the common cold? How to remain healthy during cold and flu season with chiropractic adjustments. 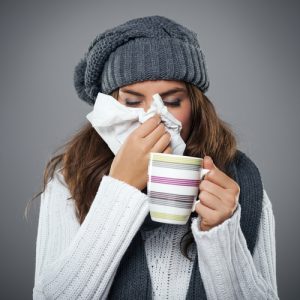 Sniffling, sneezing, feverish, and hurting all over? Yup, welcome to flu season again, that lovely period every winter when the cold, rainy weather seems to bring out the worst in our health.

Whether it’s just feeling like you’re fighting something off, a nagging cold, or the full on flu has you bedridden, it’s no fun to get sick. In fact, each year, between 5 and twenty percent of Americans come down with a case of the flu, which adds up to 15 to 60 million people, directly or indirectly causing thousands of deaths.

If you’re like most people, you get sick as a dog at least once during the cold weather months, and sometimes feel like you’re not fully well most of the season! So imagine how amazing it would be if you stayed perfectly healthy this winter?

Chiropractic care is your best chance of making that happen, along with other preventive health and lifestyle measures we’ll cover here.

But what does chiropractic have to do with fighting off colds and the flu?

Remember that the body’s immune system has the critical function of fighting off foreign invaders – in this case, bacteria and viruses that cause colds and the flu. Once your immune system is overcome by these attackers, you fall sick. And when your immune system is weakened, it’s far less likely to be able to fight something off, resulting in your getting really sick. So boosting your immune system and keeping it running optimally is key to staying healthy.

However, chiropractic adjustments remove subluxations, allowing for proper communication in the nervous system. By improving your brain and body connection you’re allowing your system to work optimally, helping every other system in your body work properly, including your immune function.

Just how effective can chiropractic adjustments be for helping you fight off the common cold or a more harmful flu?

In a recent study published in Chiropractic and Manual Therapies, researchers found a direct and effective impact from just one single chiropractic adjustment. This aided their immune system, among many other systems in the body.

Even a single chiropractic adjustment allows:

So how do you give yourself the best chance to stay cold and flu free this winter?

What should you do if you’re already sick with a cold or the flu?

Here’s what you do to recover from the common cold or fend off the flu:

Studies show that getting at least 8 hours sleep reduces the likelihood of getting sick.

Zinc helps your body fight off infection, reducing the duration of a common cold.

This year’s flu is one of the worst we’ve seen, so read up on the dreaded influenza virus and stay healthy. 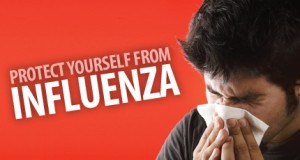 Your head is so stuffed up you feel like you’re underwater, have a hacking cough, can’t decide if you’re freezing cold or overheating, and your body feels like you’ve been hit by a train. Welcome to the flu, and this year’s version is nothing to mess with. In fact, influenza experts are calling it one of the worst years ever and have more bad news: the flu shot we got as a preventive measure probably isn’t working.

Each year, between 5 and twenty percent of Americans come down with a case of the flu, which adds up to 15 to 60 million people, directly or indirectly causing thousands of deaths. And this year is no exception, with doctors’ offices, pharmacy lines, and emergency rooms filled with the flu-stricken. The Centers for Disease Control and Prevention in Atlanta reports that thirty-six states are experiencing unusually high levels of flu activity, with parts of the Pacific Northwest and the southern central United States getting hit the worst.

“So far this season, influenza A — H3N2 viruses — have been detected most frequently, and in almost all states,” says CDC Director Thomas Frieden, MD. Unfortunately, flu seasons with H3 viruses dominant, as is this year’s H3N2, re usually far more severe and longer lasting than other strains of the virus. While data still needs to be compiled this year, so far this season the hospitalization rate for flu has been 9.7 people per 100,000, while in most normal years the hospitalization rate is 4.3 people. The last time we saw a H3N2 strain of the flu was 2012-2013, when 5.5 people out of 100,000 were hospitalized. Already the CDC is saying that our flu season may be more severe, last longer, and cause worse illnesses, which those numbers display.

So what about that flu shot you got back in November? The CD reluctantly admits that this year’s flu shot may be offering minimal protection. Every year scientists, health workers, and vaccine manufacturers from around the globe meet several months before the flu season to make an educated guess about which strains of flu may be most prevalent that coming winter. But even with their expert opinions they are just guesses. In a year where they guess right, the ensuing flu vaccine may be 60-90 percent effective in protecting against the influenza virus. This year, it seems to be only 23 percent effective, according to the CDC.

“Unfortunately about half of the viruses in cases that we’ve identified this season are different than the ones that are included in this year’s vaccine. The vaccine won’t protect against these viruses.” 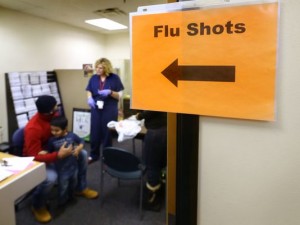 So even though 40 percent of Americans, about 140 million people, got their flu shot, it might offer a low instance of help. Children under 2 and those over 65, or people with chronic health conditions like asthma are most at risk of severe illness from this year’s flu.

But still, the CDC and medical community recommends you do get vaccinated with a flu shot this year, as there is still a measure of protection, virtually no drawback, and the effects could be cumulative up to 4 years.

Of course we all know the symptoms too well: a fever, chills, coughing, a sore throat, stuffed up and running nose, muscle aches, headache, fatigue, and sometimes nausea.

The flu virus is most easily transmitted when virus-laden droplets are sprayed from an open mouth or nose (coughing or sneezing.) You can also easily catch the flu from touching a surface that has flu germs, as they can live and remain communicable outside the body for up to eight hours. When a person touches this surface and then touches their eyes, nose, or mouth, the virus is transmitted straight to their body and they become infected.

1) Wash your hands often with soap and water or an alcohol-based hand rub, especially after being in public.

2) Avoid touching your eyes, nose, or mouth as much as possible.

3) Try to avoid close contact with people who are sick with the flu.

4) Getting plenty of sleep, regular exercise, managing stress, not smoking, staying hydrated, and eating a healthy diet all help boost the immune system. 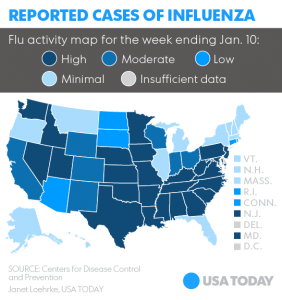 Currently there are four antiviral drugs approved for treating the flu in the United States—oseltamivir (Tamiflu), zanamivir (Relenza), amantadine (Symmetrel), and rimantadine (Flumadine). The sooner you take these the better, as they could be up to 70 to 90 percent effective at preventing the flu.

The flu is contagious for up to a week so you’ll want to stay home from work and try to stay away from family. It’s recommended you stay home for at least 24 hours after your fever is gone without medication so you’re not contagious. Some medications will help treat the symptoms of the flu, like Tylenol Cold & Flu and DayQuil and NyQuil.

For those who prefer more natural remedies, there are things you can do to feel better and recover faster: